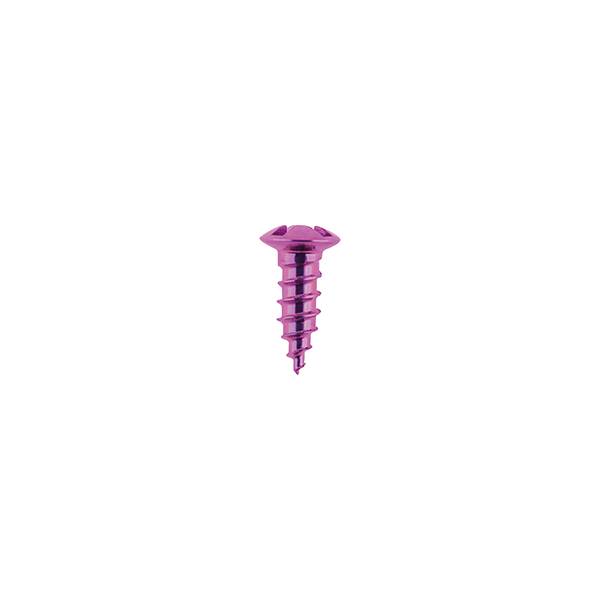 1. High strength. The density of titanium is 4.51g/cm³, higher than that of aluminum and lower than that of steel, copper and nickel, but the strength is much higher than that of other metals. Screw made of titanium alloy is light and strong.
2. Good corrosion resistance, titanium and titanium alloy in many media are very stable, titanium alloy screws can be applied to a variety of easily corrosive environment.
3. Good heat resistance and low temperature resistance.Titanium alloy screws can work at temperatures up to 600 ° C and minus 250 ° C, and can maintain their shape without changing.
4. Non-magnetic, non-toxic.Titanium is a nonmagnetic metal and will not be magnetized in very high magnetic fields.Not only non-toxic, and has a good compatibility with the human body.
5. Strong anti-damping performance.Compared with steel and copper, titanium has the longest vibration attenuation time after mechanical vibration and electric vibration.This performance can be used as tuning forks, vibration components of medical ultrasonic grinders and vibration films of advanced audio loudspeakers.

The tighter the screw, the better?

Screws are commonly used in orthopedic surgery to compress the fracture site, fix the plate to the bone, and fix the bone to the internal or external fixation frame.The pressure applied to squeeze the screw into the bone is proportional to the torque applied by the surgeon.

However, as the torque force increases, the screw acquires the maximum torque force (Tmax), at which point the screw's holding force on the bone is reduced and it is pulled out a small distance.Pull-out force (POS) is the tension to twist the screw out of the bone. It is often used as a parameter to measure the holding force of the screw.At present, the relationship between the maximum torque and the pull-out force is still unknown.

Clinically, orthopedic surgeons usually insert the screw with about 86%Tmax.However, Cleek et al. found that 70%Tmax screw insertion on the tibia of sheep could achieve the maximum POS, indicating that excessive torsion force might be used clinically, which would reduce the stability of fixation.

A recent study of humerus in human cadavers by Tankard et al. found that the maximum POS was obtained at 50%Tmax.The main reasons for the differences in the above results may be the inconsistency of the specimens used and the different measurement standards.

Therefore, Kyle M. Rose et al. from the United States measured the relationship between different Tmax and POS by screws inserted into the tibia of human cadavers, and also analyzed the relationship between Tmax and BMD and cortical bone thickness.The paper was recently published in Techniques in Orthopaedics.The results show that the maximum and similar POS can be obtained at 70% and 90%Tmax with screw torque, and the POS of 90%Tmax screw torque is significantly greater than that of 100%Tmax. There was no difference in BMD and cortical thickness between the tibia groups, and there was no correlation between Tmax and the above two.Therefore, in clinical practice, the surgeon should not tighten the screw with the maximum torsion force, but with a torque slightly less than Tmax. Although 70% and 90%Tmax can achieve similar POS, there are still some advantages to overtightening the screw, but the torque must not exceed 90%, otherwise the fixation effect will be affected.